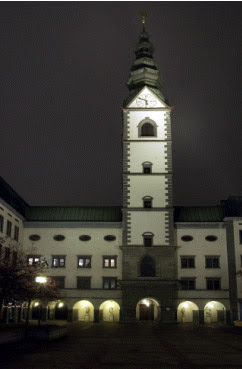 On the 5 November 1946 a 25 year British soldier and his 21 year Austrian fianceé  were married in the Klagenfurt Cathedral in Klagenfurt am Wӧrthersee which is the capital of the federal state of  Carinthia in Austria.
The young soldier had made his way up to Austria  with his battalion,  through Italy from Africa where he had served with Montgomery at El Alamein 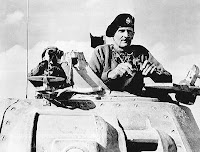 This story however is not about WWII but about what happened when this young man, at the time engaged to a a 'good Catholic Irish girl' back home met and fell in love with a 'good Catholic Austrian girl' when he was based in Klagenfurt.   I suppose one can picture the scene - post war, now allied occupied Austria.  Soldiers relieved that the battle was not only over but won.  Young women once again wearing their dancing shoes although some like the 21 year old had spent much of the war training in dentistry, playing on the ski slopes, refusing to join the Hitler youth movement and being questioned by Nazi interrogators because of that and because her best friend's boyfriend, a ski instructor was suspected of being a spy.
So it was in post war Austria in 1945.  The soldier and the would-be dentist met at a dance.  She went with someone named Bill, left with someone named John and from that time they were inseparable.  The proposal came very quickly and one has to wonder whether the young woman who came from a completely different culture  knew or understood what she was letting herself in for when the words "you have to understand I will always be a soldier first" came on the heels of  "will you marry me?" ! She learned, learned very fast  and to her credit never wavered, understood she was an army wife, was as much of the army as he was and in later years with every medal that was awarded, was always told that she was the one who earned it.
But theirs was not an easy path to marriage.   Breaking off the engagement to the 'girl at home' was the least of their worries. Both families were horrified.  The English/Irish side because the already decorated,  favourite son of the soil was marrying the 'enemy' and the Austrian side because the much loved youngest daughter was marrying one of those responsible for killing her father and her youngest brother.  To be fair, the girl's mother was not phased but her late husband's family cut her and her remaining children off.  They remained estranged for almost forty years.
To add to family complications, the army wasn't too happy either!  Post-war one couldn't just go off and marry a foreigner who had been the enemy. Applications had to be made, background checks done (like there hadn't been enough of those by Nazi intelligence!), red tape gone through and  permission granted.
The couple persevered, jumped all the hurdles, dodged the obstacles and eventually as I said at the beginning, married on the 5 November 1946.  Their daughter was baptized the following year in the same Cathedral. 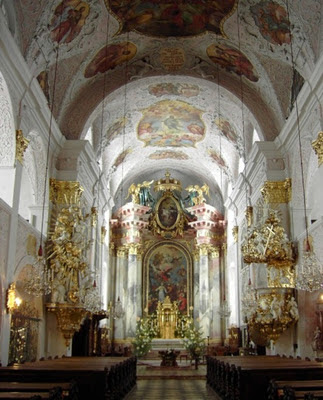 Had my parents lived today they would be celebrating their 74th Wedding Anniversary.  They had an incredible journey together until Daddy died after an extremely short illness in 1986.  He fell ill whilst they were having lunch in celebration of their 40th Wedding Anniversary and five weeks later he went home.  Mummy followed him 17 years later.
During their marriage they experienced much. Who would have thought that a young English/Irish teen who added a year onto his age to be able to join the army and a carefree young Austrian girl who spent her leisure time on the ski slopes, the ice rink, and in summer swimming in the beautiful waters of the  Wӧrthersee, would end up together?  Living in far off lands that some could only dream of, living and surviving in danger spots such as Singapore and Aden,   being in the Middle East before the oil, having their ups and downs like any other couple, dining with Royalty and eventually retiring to Cyprus where their time together was spent renovating and transforming the Greek Orthodox priest's old house (he lived upstairs and the donkey downstairs)  into a beautiful home in which sadly, when finished, they did not have enough time together.
So today I raise my glass to my parents - a toast to their memory and to their story only a little of which I have shared.  I am sure they are together,  smiling from heaven, glasses in hands as they clink my glass, and Daddy with a twinkle in his eye looks at me and says  "Cheers darling! Happy days!'.
Posted by The Blog of Bee at Saturday, November 05, 2011