It's Halloween folks.  I don't have any grandchildren to go trick or treating with which is probably as well because I never really liked it - even as a child.  These days from what I can see, it's far more commercialized than when I was growing up.  Parents hire costumes, bags have been replaced by baskets which seem to get bigger every year.  One toffee apple, a few sweets or a biscuit is no longer acceptable.  It has to be several of each!  This custom goes back to when people would offer sweets to the imagined spirits supposedly walking among the living. 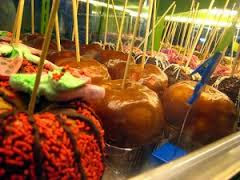 Halloween seems to have originated over 2,000 years ago with an ancient pagan Celtic festival during which people would don costumes and light bonfires to ward off invisible ghosts and demons. The dark festival was called Samhain and thousands of Wiccans still call the festival by that name. Carved turnips holding a burning candle were used to repel the spirits. The belief was that the candle in the turnip represented a trapped soul in Purgatory. 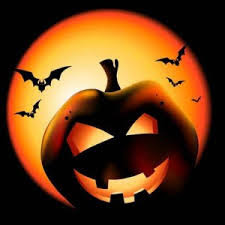 It is interesting that when the Romans conquered the Celts in the first century, they adopted Samhain incorporating it into their festivals.  The first was Feralia when the Romans commemorated the dead and the second was the feast of  Pomona, the goddess of fruit and trees. Pomona's symbol is an apple and so the apple bobbing came into being. 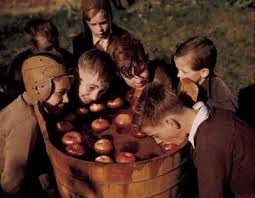 Halloween is the Christian name for Samhain although it did not appear until the 1700s. In the seventh century Pope Boniface established All Saints' Day to honour Christian martyrs.  After the establishment of All Souls on the 2 November, the period became known as Hallowtide.  With the spread of Christianity, some of the old pagan customs remained until now when All Hallows has become big business and sweet manufacturers in the US sell more candy than at any other time in the year! 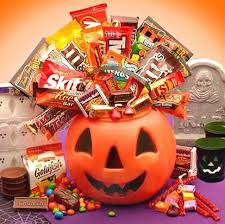 Happy Halloween to those who are partying, accompanying children as they go from door to door or just sitting back and watching the fun.

Me? This old witch is off on her newly refurbished, ten-cylinder broom!!  Watching from above!! 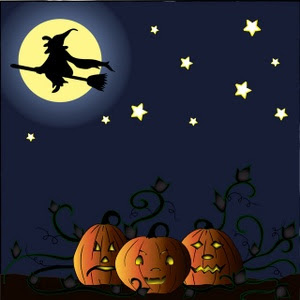 To all my friends celebrating The Festival of Lights today, Shubh Divali! 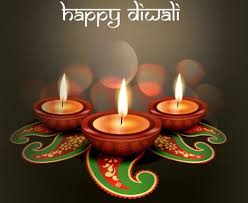 One of my several blogs about this darkness over light festival.