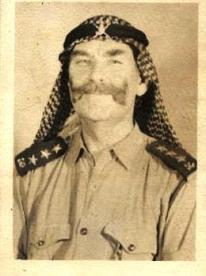 HER MAJESTY THE QUEEN has been graciously pleased to approve that the under-named be Mentioned in Despatches for Distinguished Services in South Arabia:
Captain (Quartermaster) John Joseph GERRARD, BEM (478467), Royal Corps of Signals.

I would have to write a book to tell you about my father but what I can say in a few words is that he was a colourful character, a disciplinarian, an achiever,  never one to take 'no' for an answer, one not always easy to live up to,   compassionate, respected by his peers and loved by his family. So many words to describe this military, highly decorated man of many talents.  Hot tempered in youth, mellowed with age, adventurer, great conversationalist with a fantastic sense of humour.My love of books and music was inherited from this multi-faceted man who had a permanent twinkle in his eye and a ferocious appetite for life.  He packed a great deal into his 65 years on this earth and on Father's Day as every day, almost 34 years after his death I still miss him terribly.  Gone too early because a medical condition was not detected during a compulsory, annual company medical.I imagine him in heaven, book in hand listening to maybe Lehar, Shirley Bassey, Tchaikovsky, Tom Jones, The Sand Pipers or Verdi with my mother at his side and his forever faithful Golden Labrador at his feet.I will raise a glass to you today Daddy and remember the laughter, the love, the reprimands (yes there were reprimands when my best was not good enough!) the encouragement, the debates, the heated discussions,  and the time we did spend together as we got to know each other and came to understand one another over the 65 years of a wonderful if at times trying, father and daughter relationship.