It is so long since I wrote anything, that I wonder if I am still a Blogger.  On my various sites I say I am but since the last bird flew the nest, the Our House series seems to be a thing of the past and with Tess Kinkaid putting Magpie Tales on the back burner,  I seem to have lost interest. Or my poetry disappeared along with my Muse. That damn Muse has given me a great deal of trouble over the last year or so. It also means I don't tweet as much, only occasionally post on Instagram and you may get a daily  'good morning cup of tea with love' out of me on Face Book. That's not to say that nothing is happening in my life! There is plenty happening in my life but nothing that I really want to write about including the fact that I was stung last week by an 'unknown' and ended up having a hydrocortisone steroid fed into me intravenously!!

I could tell you about my days at work, my weekend cleaning sprees, events at the supermarkets, my love of wine, the unusual people I come into contact with who insist on telling me their life stories even though they've only been in my life for two minutes.  My sense of humour seems to have bombed recently.  Maybe it's because of the months of  exasperation when an obviously unwell husband decided he is 'not going to the doctor' but the good news there is that he did go earlier this week.  The tests now begin!

I have lost too many friends for my liking in the last few months and too many friends have lost their husbands/wives. That I believe, has a great deal to do with my lack of interest .  The biggest shock was my ex husband dying unexpectedly in a tragic accident last February.  We hadn't seen each other for over 20 years but had begun to make contact again albeit only occasionally but it seemed that we were slowly learning that we could communicate again without either one making a mountain out of a molehill.  We have a son who had to fly to England to start the 'sorting' out process.  His father was meticulous so it wasn't too bad but it's ongoing which makes life somewhat fraught for him and his two sisters.  Dying is expensive. The one good thing that came out of this, if there is any good to be had in death, is that my ex sister-in-law novelist Elizabeth Harris/Alyc Clare ( http://www.goodreads.com/author/show/37137.Alys_Clare) and I are now back in touch and she kindly sent me wonderful photos of our happy times together.

I have a friend who has been lying in a hospital bed since last October.  She is in a coma.  No tubes apart from one for feeding. Yesterday we received news that a friend of my son and daughter-in-law's whom we also know, had a massive stroke and is lying in the same hospital.  She is in her early 50s, was full of life and cannot now, communicate.

Oh there have been some happy times too - four days in the beautiful sister isle of Tobago,  son and his rally partner doing so well in Rally Barbados 2016, daughter celebrating her 30th birthday for an entire week, son celebrating his 38th birthday for an entire night, our 31st wedding anniversary (well that's a miracle and all part of the 'Our House Series'!!!), babies being born, baptisms and other family celebrations.

It's not all bad.  Apart from the will to write, I need to get my sense of humour back into my writings. I see that there is a 'new' feature on Blogger. Well new to me anyway!! Apparently I can add a 'featured post' which will be dug up from my archives.  Maybe I'll run a couple of the 'Our House' series but then again, I may go with something more serious such as 'Je Suis Charlie' which is on Up Front and Serious   http://exukbritbrat.blogspot.com/ 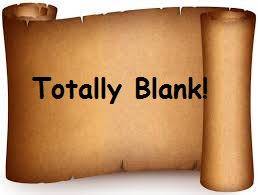 Who knows! I may do nothing at all!