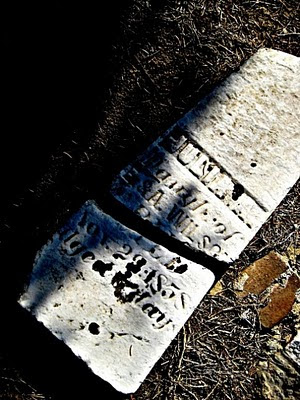 I knew that your grave was here somewhere.  The parish records showed the dates of your birth, baptism and death.   Carefully recorded by whoever kept the records at the time. Whoever did, had a neat hand which suggests an educated person. Maybe the sexton, maybe the minister.  Definitely not a woman.  Someone who knew you. Someone who knew the family.  How did the recorder feel when he wrote the words ‘date of death’ in the parish records?  Reason for death remains blank. Strange that!
When the family bible was returned to me (after much searching and incessantly nagging at relatives) I flicked through it just happy that it was back with who I considered to be its rightful owner – me.  After all, my paternal grandfather had inherited it and my grandmother had ensured that all the family births, baptisms, confirmations, marriages and deaths were recorded.
I first heard of the family bible from my father when I was quite young.  He only knew that it had been in the family home and that his mother was the person responsible for it.  When she died, my father was serving abroad and by the time he reached England, relatives had ‘ransacked’ the house.  It wasn’t until a while later that my father (an only child) realized that the family bible was missing.  When he finally found out who had it, the person – his cousin – refused to return it.  He didn’t really want it. He just didn’t want my father to have it.
After my father died, I decided to pursue the family bible.  I wanted, thirsted for family history.  I wanted to know about my ancestors. I knew that my paternal grandmother was Irish.  I knew something of my English grandfather’s (he was one of fourteen of which eleven survived) family – one of his brothers threw something at the school teacher and promptly ran off to sea – last heard of in the United States of America!) Anyway cut a long story short, I now have the family bible which dates back to 1820. It was kept religiously until the year my grandmother died in 1948.  I was the last but one to be entered. She never recorded her brother in law’s death.  She got up from her sick bed to go to his funeral and three weeks later, died of pneumonia.
I fell ill and tired of Face Book, Blogger and Multiply,  went through my bookshelf. I found the family bible that I had sought for so many years and then just put on a shelf to gather dust. I began to read and the more I read, the more my interest was piqued.  Family trees are fascinating. Who married who, who was born when, who died when but never a mention of divorce. I was told many years later that my divorce was a first for the family. Would that have been recorded had the family bible still been active? No mention of Great Aunt Dorothy  – family lore has it that this southerner bewitched and snared Great Uncle Edward. It was only at the wedding that she introduced her fourteen year old son to the family by which time it was too late.
After much searching I am here standing at the foot of your grave.  Why am I here? Why do I have such an interest in you?  Why you above all others between 1858 and 1948? Ninety years of family history and I chose you. Actually, I didn’t.  You chose me, a descendant on my father’s side.  It was only when I read the family bible that things began to fall into place.   The recurring dreams I’ve had since I was four years old. Dreams of a child. A very young child.  Dreams of a young woman watching the child. Dreams of a man watching the young woman.  Dreams of the same man holding the young woman.  Dreams of a woman crying. Dreams of the man berating the crying woman.  And then the awful indescribable dream of the young woman putting a pillow over the child’s face.  The dream of a funeral in which the headstone is already cracked. Grieving man, crying woman. The people of dreams past.  The parents. And nearby stands the young woman watching and waiting to console.
I know your story little one but what can I do about it now?  I cannot ask the scribe in the church what he thought.  I cannot ask your mother if she suspected your father’s affair with your nanny?  I cannot ask your nanny why.  What I can do little one, is tell that your father’s death is recorded in the parish records by the same educated hand and in the family bible probably by your maternal grandmother’s delicate hand.   Cause of death? Suicide.
Rest in peace little one. Come to me in dreams no more. I have told your story.

Trinidad Final Rally of the Year 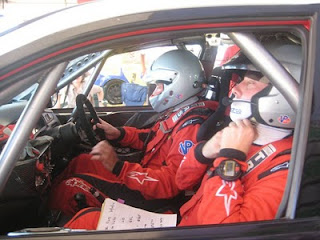 Last Saturday saw the final Rally for the year in Trinidad and Tobago.  My heart is forever in my mouth as Rallying is fast and my son is the co driver/navigator on the two man team.

Driver and navigator as a team are this year's 'rookies' and have given the long timers a run for their money.  Since starting a few months ago they have rallied with internationals in Barbados, Tobago and here in Trinidad.  The first time they rallied, it was an international and they placed third in their category and seventh overall from 40 plus entrants.

The final saw them placing third in their category and fourth overall for the year.  There is a slight dispute as the reigning local champion and showman should have been penalized as he broke a rule which normally carries disqualification but that seems to have been overlooked!


This team has resigned itself, unfair though it is, to the fact. 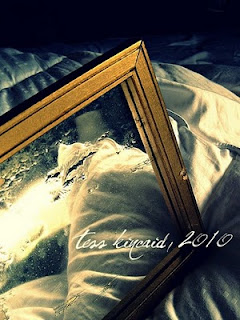 Is this what is left?

Is this what remains?

Turn away turn away

Try not to look

This is what's left

Please go and visit and beautiful friend Shers - a writer, a teacher, an interpreter, a singer, an ex model - a lady of may parts including a teller of international yarns. You'll love her


A remarkable story of faith, courage and determination making one realize that we should never, ever give up. Continued prayers for a successful conclusion to this unbelievable drama.

As I lurk, comment and write, I am watching live on live BBC World, the rescue of the 33 Chilean miners who have been trapped in a mine for sixty nine days. It is cold, there are fires burning in the desert camp and families are; trying to keep warm as they wait. Yes the authorities and rescue teams have spoken of the difficulties of the rescue but the story dominating the news is that of one man: Yonni Barrios. I don't know if he knows yet, but above ground:
Trapped Chilean Miner's Wife And Mistress MeetOne of the trapped Chilean miners is in no rush to be rescued -- because both his wife and his longtime mistress will be waiting for him when he finally sees the light of day, according to a New York Post report. Neither woman was aware of the other's existence until they met at a candlelight vigil for the miners,The Sun newspaper of Britain reported.Yonni Barrios' wife, Marta Salinas, was shocked to hear another woman shouting her husband's name at the gathering held to support the 33 men who are trapped 2,300 feet underground, the paper said.They compared notes and figured out that they both had been shafted.Officials said the miners aren't likely to be rescued before Christmas.Despite feeling "horrified" about her husband's cheating ways, Salinas, 56, has told friends she still plans to welcome Barrios, 50, back with open arms once he's freed, the paper said."Barrios is my husband. He loves me and I am his devoted wife," she said.But she's not the only one who feels that way.Susana Valenzuela, who's been his mistress for five years, insists she'll always be his soul mate.
Whoops!
Posted by The Blog of Bee at Tuesday, October 12, 2010 1 comment:

Our House: A Mission

I'm back!! Well almost - I think I need a good night's sleep or two or even three before I can even start to think about blogging.So much has happened in 'Our House' but we're all breathing so I know we're alive!

So much has happened work wise and still so much to do before the end of the year.

I see many are talking about pumpkins, tricks or treats, goodies, Halloween costumes but the burning news is that this old witch has to recharge her batteries before carving up any pumpkins - and the vehicle has been out of action for a few weeks so the cylinders need checking. A broom unused for a while, tends to be sluggish and slow to start whereas it's hard to stop a newly serviced broom from going from 0 - 200 mph in a witch's cackle second!

What Would Yo Do?

Everyone should see this.