Advent and the New Roman Missal

Today is the First Sunday of Advent in the Roman Catholic, Lutheran and Anglican calendars. Advent is the beginning of the Church Year for most churches in the Western tradition. It begins on the fourth Sunday before Christmas Day, which is the Sunday nearest November 30 (the Feast of St Andrew the Apostle) and ends on Christmas Eve, 24 December.  If Christmas Eve is a Sunday, it is counted as the fourth Sunday of Advent.


The word 'advent' is Latin for 'a coming or arrival' so Christians look on Advent as a season of preparation.  It is a time to get ready for the birth of Jesus Christ.
Practicing Christians do special things to mark the holy purposes of the Advent season and many churches have weekly services with a lot of praise, joy and song.During the Advent season many families start making their own creche or manger scene. It has been said that St Francis of Assisi popularized the creche.

The symbolism of the Advent wreath is beautiful. The wreath is made of various evergreens, signifying continuous life. The laurel signifies victory over persecution and suffering; pine, holly, and yew, immortality; and cedar, strength and healing. Holly also has a special Christian symbolism: The prickly leaves remind us of the crown of thorns, and one English legend tells of how the cross was made of holly. The circle of the wreath, which has no beginning or end, symbolizes the eternity of God, the immortality of the soul, and the everlasting life found in Christ. Any pine cones, nuts, or seedpods used to decorate the wreath also symbolize life and resurrection. All together, the wreath of evergreens depicts the immortality of our soul and the new, everlasting life promised to us through Christ, the eternal Word of the Father, who entered our world becoming true man and who was victorious over sin and death through His own passion, death, and resurrection ( Thanks to Fr  William Saunders - The History of the Advent Wreath - Arlington Catholic Herald).
The four candles that decorate the wreath represent the four weeks of Advent. Three candles are purple and one is rose. The purple candles symbolize the prayer, penance, and preparatory sacrifices and goods works undertaken during this season and the rose candle is lit on the third Sunday marking the the midpoint of Advent. The progressive lighting of the candles symbolizes the expectation and hope surrounding our Lord’s first coming into the world.
The light signifies Christ, the Light of the world. Some modern day adaptions include a white candle placed in the middle of the wreath, which represents Christ and is lit on Christmas Eve. Another tradition is to replace the three purple and one rose candles with four white candles which will be lit throughout Christmas season.
Since Advent is a time to stir-up our faith in the Lord, the wreath and its prayers provide Christians with a way to augment the special preparation for Christmas.  The tradition helps us to remain vigilant in our homes and not lose sight of the true meaning of Christmas.
For those of you celebrating this wonderful time of 'waiting' I wish you a joyful Advent season. 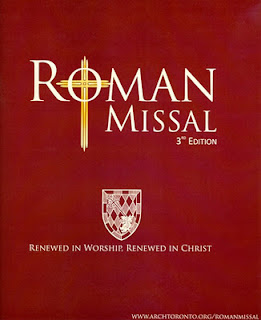 Sunday 27 November 2011 marks a huge step in the Roman Catholic Church with the advent of the New Missal.  Not all Catholics are happy with this as they see it as a retrograde step and going against Vatican II.  From today Catholic clergy, religious and laity will have no choice other than to use the translation of the Roman Missal  for Mass.  Many Catholics around the world have been questioning the merits  of the New Translation, some saying it is 'clumsy' whilst others are welcoming the new word-for-word  translation.    The new Missal is not changing anything except the words we have used for the last forty years.  There is new formality.  The Mass will not look different but will sound different.  In the Archdiocese of Port of Spain, there have been training sessions for Mass celebrants and seminars for the laity.  Missal cards will be used by congregations until such time that people have familiarized themselves with the New Translation.  The thinking behind the new translation in the Third Roman Missal is that there will be a new appreciation for a sacrament that is the summit of a Catholic's experience.  There will also be a change in some of the music
This actually takes me back to a time when I had to get used to the Mass, post Vatican II being celebrated in English as I was  brought up on the Latin Mass.  Personally I see it as  a retrograde step but I'm sure that many traditionalists are delighted that the Church has seen fit to return to the formality that once was. 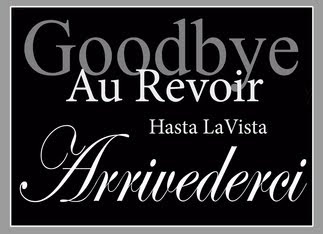