In Flanders Fields
By: Lieutenant Colonel John McCrae, MD (1872-1918) Canadian Army
In Flanders Fields the poppies blow
Between the crosses row on row,
That mark our place; and in the sky
The larks, still bravely singing, fly
Scarce heard amid the guns below.

We are the Dead. Short days ago
We lived, felt dawn, saw sunset glow,
Loved and were loved, and now we lie
In Flanders fields.

Take up our quarrel with the foe:
To you from failing hands we throw
The torch; be yours to hold it high.
If ye break faith with us who die
We shall not sleep, though poppies grow
In Flanders fields.
Being an army brat, I have attended many, many Remembrance Sunday Parades in several countries, on various camps. My father was always on parade. I never cease to be moved by the two minute silence because no matter what or where, the traffic and throngs always come to a complete standstill. The eeriness, especially on a cold, English November morning, always makes it seem to me, that the entire world has come to a stop as one can literally hear a pin drop.


Old soldiers never die
They simply fade they say
Is that the price I ask myself
That soldiers have to pay?

The red poppy leaves are wrinkled
One by one they fall
Soldier, can you answer still
When the bugle notes do call

Play the music gently
No harsh notes sound, I ask
For the poppy leaves are falling
Glory days now past 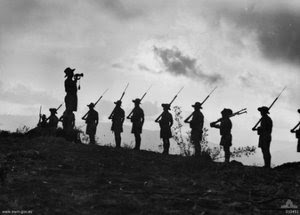 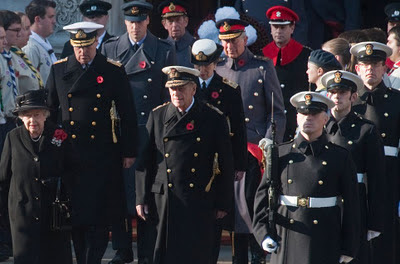 HRH Prince William, Duke of Cambridge lays a wreath at The Cenotaph 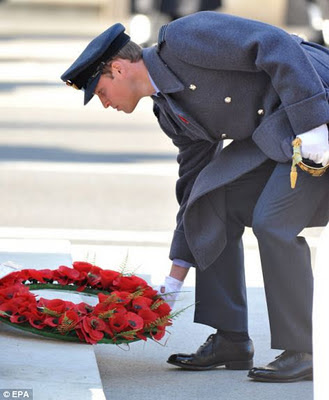 British soldiers and one Estonian, right, at a Remembrance Sunday parade ay Lashgar Gar base in Helmand province 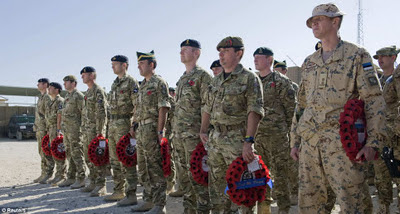