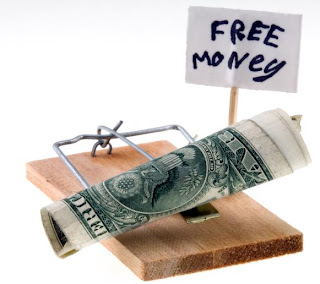 I got a call on my cellular in the middle of last night from one Mr Humphrey telling me that I had won US500,000 through a Nokia promotion (my cell is Motorola!!) and that he was calling me from the UK. The conversation went something like this:

Mr H: I have good news.
Me: Who is this?
Mr H: Mr Humphrey
Me: Who???
Mr H: Mr Humphrey. I am calling from the UK. You have won five hundred thousand US dollars
through a Nokia promotion.
Me: Really?!
Mr H: Yes, aren’t you happy lady?
Me: Happy? Do you think I’m mad?
Mr H: Mad? Why would you be mad? Are you not happy?
Me: You have to think I’m mad! Are you mad?
Mr H: Why are you mad? You have won money through a Nokia promotion.
Me: (Sarcasm) Really? You really think I am that stupid??!!!
Mr H: No no – no stupid. You won!
Me: Where did you say you were calling from?
Mr H: UK
Me: Really? How interesting! Where in the UK?

Two minutes later the phone rang from the same number. I ignored it.

I’d be interested to know how he got my number – more than coincidence as that same number came up on my husband’s B Mobile Nokia last Sunday morning. He did not answer it.

We traced the number to Ohio.

I have to say, Mr Humphrey sounds awfully Chinese to me!!!! He really must think there are some stupid people out there! 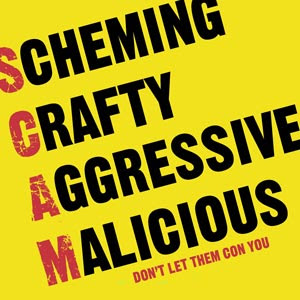