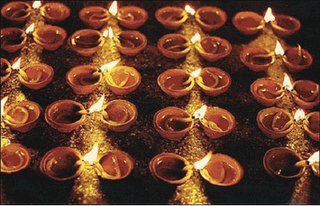 Tomorrow, Saturday is the Hindu Festival of Divali otherwise known as the Festival of Lights. The festival celebrates light over dark, good over evil.

Divali was first brought to Trinidad by Hindu indentured labourers in 1845 and is a five day festival. The word Divali itself means "row of lights" During this 5 day festival homes are completely cleaned and windows are opened to welcome Lakshmi , the goddess of wealth. Lamps are lit as a greeting to Lakshmi, gifts are given and festive meals are prepared. 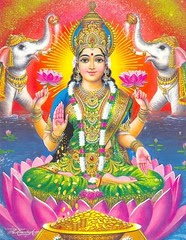 The climax of Divali is the lighting of deyas after sundown - a delightful experience that should never be missed. In yards, open spaces, staircases, roundabouts and porches, deyas are lit by the thousands. 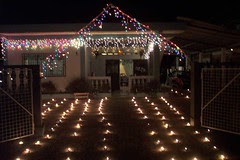 They are also placed on bamboo stalks bent into fantastic shapes and designs. In villages where there is a strong Hindu presence it is common to see whole streets decorated in this manner. 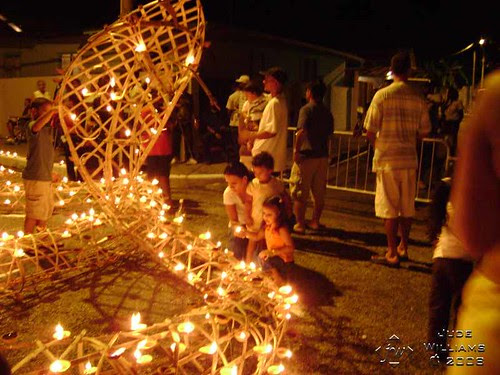 The following is taken from Worldpress.org and written by Dr. Kumar Mahabir (October 14, 2009)

Divali is the defining event that marks Trinidad as a multi-religious, multi-ethnic society with Hindus comprising the second largest religious group (24 percent) after Roman Catholics in the twin-island population of 1.3 million people. While Divali is essentially a Hindu festival, people of all faiths actively join in celebrating the triumph of light over darkness, knowledge over ignorance, and good over evil. Non-Hindu adherents are attracted to the festival's universal message as well as to the extravaganza that is not only unique but also provides a clean environment for the cultivation of a healthy body, mind and soul.
Nowhere else in the world do non-Hindus and non-Indians actively take part in the lighting of over 10 million deyas on a single night in the year. These tiny clay lamps are lit in homes, yards, streets, offices, public parks and playing fields. It is perhaps only in Trinidad that one can find split bamboo tubes transformed into magnificent works of art on which the deyas are placed. The split bamboo strips reach out toward neighboring houses, streets and communities to symbolize the popular local mantra "all ah we is one." 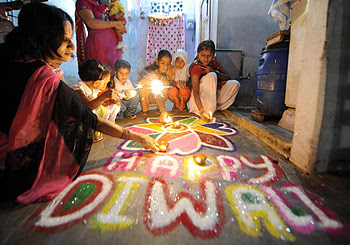 Email ThisBlogThis!Share to TwitterShare to FacebookShare to Pinterest
Labels: divali