Our House Just Another Sunday! 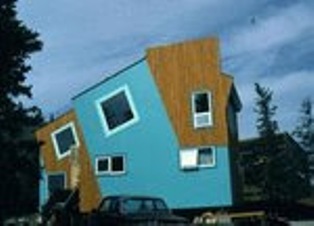 I left my desk earlier than usual last Friday afternoon as I had decided that after one of the most frustrating and disturbing weeks in my five years with this organization, I needed some ‘me’ time. I had called my hairdresser during the morning and asked her what was the latest time I could come to the salon. I told the colleague-from-heaven that I would leaving at 2.30pm but I was still at my desk at 3.15pm.

Me to husband: I will drop N to work.
Husband: That’s fine. I’ll cook.
Me to daughter: What time are you leaving?
Daughter: Eleven o’clock.
Me: Okay I’m taking you.
Daughter: Quarter after then!

Tells you something! She says my husband drives a car as though he’s driving a golf cart! I have somewhere in the past, blogged my thoughts on his driving!

So there we are, a couple of hours later driving to town. We see that the other side of the highway is closed. Oh oh! Roadworks. Make mental note which route to take on return journey so as to avoid the back up traffic waiting to come back onto highway. Drop daughter and detour. Big mistake.

The drive home on a Sunday should have taken me twenty minutes at most.

An hour later during which I have made a couple of catch–up phone calls I am still sitting in non-moving traffic. Non-moving because all the drivers had had the same idea as me. The air conditioning in my Chevy isn't. It is very, very hot. The temperature in the car has to be in the region of 100 degrees – the same temperature as in August in the Middle East at 6.00am. No breeze! When I am moving I am inching forwards at less than nought miles an hour. No water with me. Look in purse. No money! Can’t be possible!

A road on my left. Large vehicle starts to inch out and pull in front of me. Traffic is crawling and all of a sudden the large vehicle is followed by four more. Hold up! This isn’t fair! I see a bank to my right so that means an ATM machine. No I am not stopping. I will get to the highway soon. Another big mistake

Traffic is at complete standstill. Had enough. Decide to make a u-turn and a hundred yards later, make a right turn. Whew! Traffic moving. Great!

Traffic moving for all of thirty seconds. Call husband.

Sitting in another non-moving line. It is after noon and the temperature outside is rising. Definitely beach weather! The temperature in the car has to have risen another 10 degrees. Beginning to get desperate and start rummaging in my handbag again. I have to have some money somewhere. Ah hah! Find a twenty dollar bill! In real money all of USD 3.333333. Now traffic is stationery and I cannot see anywhere to spend my money on water!

At long last and a few yards later, a shop or rather a-hole-in-the-wall on my left. Pull in. Jump out of the car in relief and make my way into this ‘parlour’. An old lady of East Indian descent is sitting this side of the caged counter, holding her head in her hands and is fast asleep. The heat has obviously got to her! A large ‘fridge stands to my left and I try to open its door. The thing won’t open and then I see the lock. This tells me that I am in an area that I shouldn’t be in!! Ask for a bottle of water and a Coke, am offered a straw, exchange pleasantries with the toothless guy behind the cage and not wanting to appear as though I am in a hurry or afraid, stroll back to car and watch standstill traffic in disgust. This is not good for a Sunday morning. Get myself back into the line of virtual standstill cars. Over next ten minutes do a couple of detours but everyone has the same idea. Finally make the road leading to highway and decide to ‘sit it out’. Drink water slowly and ignore the Coke!

Sudden pain in both shins. Dehydration setting in. No way to go except forward. Sun is relentless. Panic. Fear rising in throat.

Traffic inches. Traffic lights signaling the highway are in sight. Too far away for my liking! The heat is almost unbearable.
Self: “Clothing! Tight clothing. Remove tight clothing. Now!”

Self: “God! God, are you there?
Back to self: “God is always there. Pray”.
Self: “Please God do not let me faint at this wheel. Please stop the panic. God, do something!”. Must get the air conditioning in the car fixed!

Traffic inches forward and the three cars in front of me led by a huge four wheel drive of some kind turn off to the right. Traffic lights are a little nearer. Still not near enough but oh there are clouds in the distance. Dark clouds. How long before the clouds reach me?

I am suddenly further forward and I see a huge black, four wheel drive of some kind, driven by an uppity looking woman attempting to pull out directly in front of me from a road on my right. She is followed by the same vehicles which had earlier turned off. Thought they knew a short cut, did they? I am tired of vehicles nosing their way in front of me over the last half hour on this stretch. I shout out of my window:

Highway is coming closer. Please don't let this be a figment of my imagination. Lights change. I make it and look to my right. The highway is open and my last couple of hours during which I thought I was going to die or at least faint and end up in Emergency and Casualty could have been avoided. Between my driving past earlier and dropping my daughter, the highway had been reopened! Don’t care anymore because I am now on the highway, traffic is moving, sun has disappeared, there is breeze in my car and drops of water are landing on my windscreen.

I take the flyover, breathe deeply and realize husband has not called to get a low down on progress. I drive into torrential rain. One windscreen wiper is working. The driver’s windscreen wiper!

I am on the inside lane, window down and now afraid that I am going to lose the working windscreen wiper.

A six wheeled cab minus trailer thunders past me in the centre lane. A deluge of water comes into my car via the driver’s window with such force that I am momentarily shocked. My poor little windscreen wiper cannot take the force on the windscreen and for a few seconds I can see nothing. Absolutely nothing!

A few minutes later I drive into hot sunshine once again. By the time I pull off the highway, although the inside of the car is still very, very wet my tee shirt is drying out. My hair is drying from the breeze. I do not look as though I have been to hell and back.
My knees are shaking, I feel nauseous. I know I am dehydrated but I look fine. A bit green around the gills but nevertheless, fine.

I am sitting at traffic lights again. The sun is beating down relentlessly yet again. My right arm is red from the sun and drivers are fouling me up again! I am less than two minutes from home. How am I going to convince my husband that I had just been through a nightmare?

I eye what’s left in the bottle of water. Should I? Shouldn’t I? No conversation with God this time. I’m on my own.

Oh what the hell!

I lean over, open the bottle and pour the remaining water over myself.

He is going to know by my appearance, what I have just been through!!
Posted by The Blog of Bee at Tuesday, September 01, 2009