Part of my Job

EVANGELIZATION FIRST     ‘A NEW WAY AHEAD’ 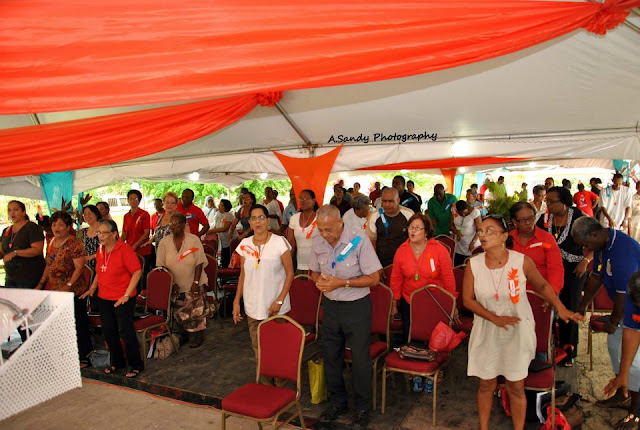 On the 10 September 2011. 88 volunteers of the Evangelization Commission gathered under a marquee in the grounds of the Catholic Centre, Chaguanas for a Day of Re-focusing and En-visioning.
. 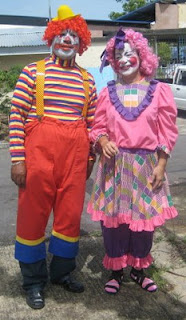 Before guests entered the marquee through a ballooned entrance  they were given goodie bags by Marcelle Cromwell and Cheridan Woodfruffe although no one recognized either of them until later in the morning.  The goodies became an integral part of the day – the pads for note taking, the whistles for agreement and the sweets for illustrating the giving of ourselves to others. 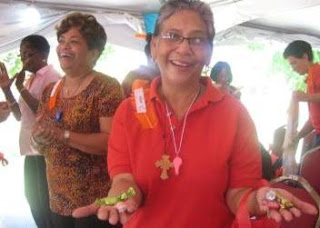 The Vicar for Evangelization Fr Robert Christo welcomed each guest as they arrived by pinning on their feather name tag, orange for ladies and blue for the gentlemen.  There was a great deal of fun and laughter during the day when ‘old friends’ came together to discuss, under the guidance of Fr Robert, the serious issue of  ‘Evangelization  - A New Way Ahead.’  After bringing guests up to speed on what was happening in the Commission, Fr Robert shared the Commission’s vision  for the future and how people can become involved in both their parishes and the Commission.
The question ‘who needs to be evangelized?’ produces answers including the young, the alienated, those without faith, the un-churched, the de-churched, those on the fringes and the core die-hards.  To evangelize we must be able to share our faith, give personal witness, preach if necessary, nurture and extend invitations in order that people have a sense of belonging. 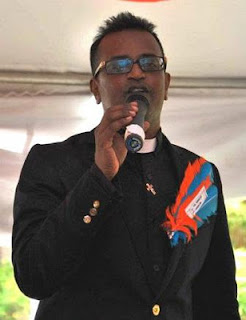 In being part of an Evangelization Team one has to ask oneself “Am I active?”. “Am I a Cathechist, an Apologetic?  and “Am I hospitable?”.  It is the duty of every Catholic to evangelize – “For disciples of Christ the duty to evangelize is an obligation of love” (Pope John Paul II.) Parish community will be the centre of New Evangelization which involves building a community of friendship, Evangelization  transforms society, lives, relationships and inner culture.  In addition to Evangelization teams in parishes, the Commission has developed a RECALL programme which will involve parents and godparents of newly baptized babies, parents of children making their First Holy Communion and parents of Confirmation candidates.  Once parents are involved they will be introduced to the ALPHA programme, progressing to Catholicism 201 and Eucharist 301 by which time it is hoped they will be involved in ministry in their parishes.  Training for the various programmes will be offered initially at Vicariate level.
A further vision of the Commission  is to set up a Catholic Enquiry Office which will supply information about the Catholic faith with a guarantee of no follow ups unless requested.  Tracts will be available for those who wish to learn more in addition to which, it is hoped that tracts chosen by the Commission will be available in all parishes. The ‘Catholic in the Workplace’ which was the brainchild of amongst others, Bishop Jason Gordon and Dr Ruby Alleyne will now come under the Evangelization Commission.  Catholics in their working environment will be able to access various activities including Mass, praying of the Rosary, prayer sessions and discussions being streamed live. 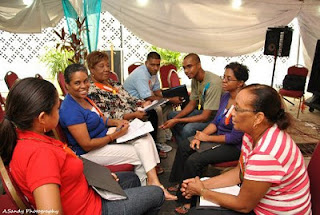 After a lunch where conversation was lively and happily noisy, Fr Robert put  everyone into groups for a breakout session.  The feedback was positive with everyone agreeing that they now understand and have a clearer idea of what “New Evangelization’ is all about and how exciting it is to be part of an organization that is most definitely on the move. 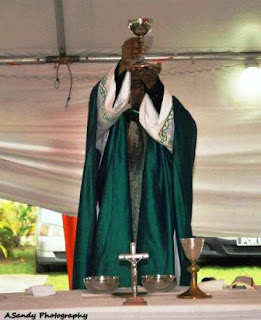 The day was so exciting that it seemed that no one wanted to go home and Mass under the marquee started much later than planned although nobody seemed to mind.  GRACE Music Ministry provided the music for the celebration of Holy Mass as well as for the Praise and Worship during the day and sincere thanks go to them for their usual vibrancy. 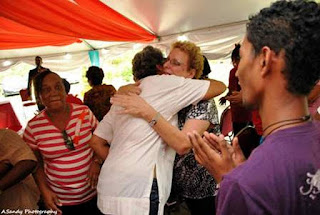 As people waved their goodbyes the general opinion was that apart from learning so much more and having had such a fantastic day in the process, most felt it was like ‘family coming back home’.
Fr Robert Christo and the staff at the Evangelization Commission would like to thank everyone for coming out, for supporting us and we look forward so much to working with you all in the very, very near future.  In the meantime please visit our Evangelization Commission Face Book page and feel free to post.  Many, many thanks to each and everyone of you.
BML
Evangelization Commission
October 2011
(Article for Catholic News)
.
Posted by The Blog of Bee at Monday, October 31, 2011