I belong to an organization called The Jericho Project which was formed just over two years ago.  The aim is to help under privileged children.  We work with orphanages, social services, protection units and we also try to help families in need at times of disasters.

Our focus for the last few weeks has been on the organization of our second Justice March for Children which took place last Sunday 22 April.  We weren't able to have one last year due to the state of emergency. 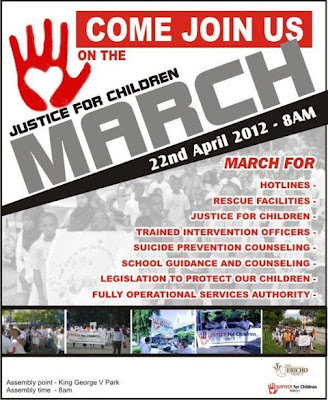 The purpose of this march was to bring to the front burner, the Children's Bill which Parliament has put onto the back burner. It can't stay there any longer.  Too many children have been hurt and several lost through violence of all types - physical, mental and sexual.  We have a Petition out there which we will be presenting  to Parliament when we reach 20,000 signatures.

We are asking that social services be revamped, that there is communication between them, the police service together and the Children's Association; that counselling services are made available to children, hot lines are put in place and safe houses/shelters be established.  Too many of our children are dying as a result of abuse and it has to be stopped now.

We had a great turn out last Sunday and all the blood, sweat and tears in the lead up, were worth it. 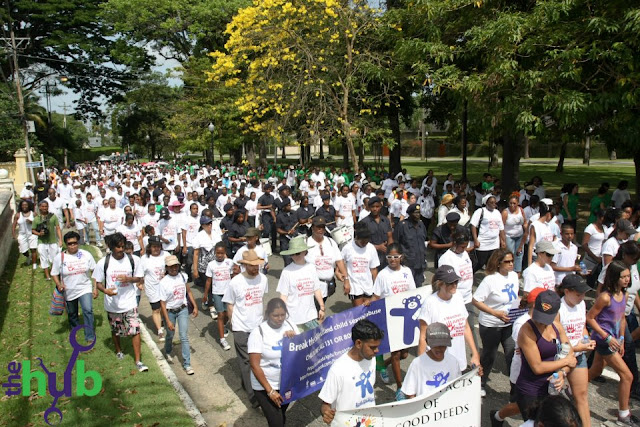 This is only the start and we intend to push and push and push.
I would like to share with you, a piece I wrote on our Face Book Page a few days before the march.


Your child is more than likely tucked up in bed, safe and secure knowing that no harm can come to him or her because Mummy or Daddy said so.

In other homes, there are children silently crying because they are afraid that tonight they may be molested and or assaulted in some way. They are afraid to go to sleep and when they do finally fall into an exhausted uneasy sleep, they are woken up by someone they know very well who does terrible things to them and makes them promise to tell no one otherwise they will be hurt - or a relative will be hurt or that no one will believe them anyway. They have no one to turn to.

There are others silently crying because they don't want to go to school on Monday because they know that they will be bullied by their peers or picked on by their teachers. They have no one to turn to.

And there are others who are beaten and physically abused but the abuser knows where the marks will not show. They have no one to turn to.

There are children dying at the hands of people who one cannot even call animals because animals protect their young so much better than human beings treat their young,

If you care about the children of this nation and generations to follow, show your support by joining us on the 22 April. It will be a mere three hours out of your Sunday morning. Your child is safe. Care about and think of those who are not. 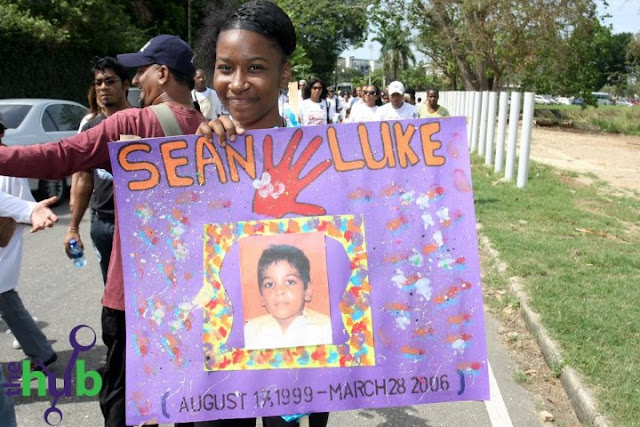 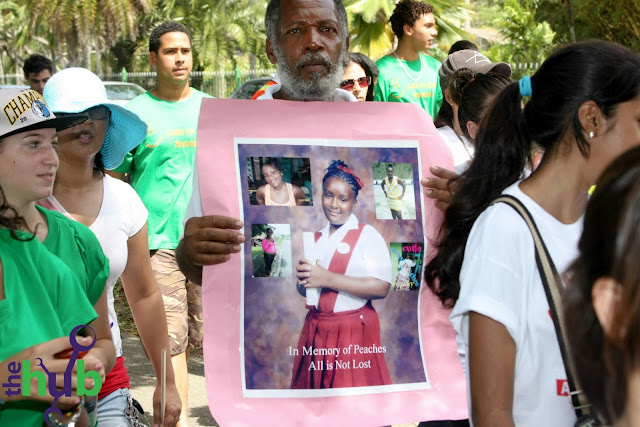 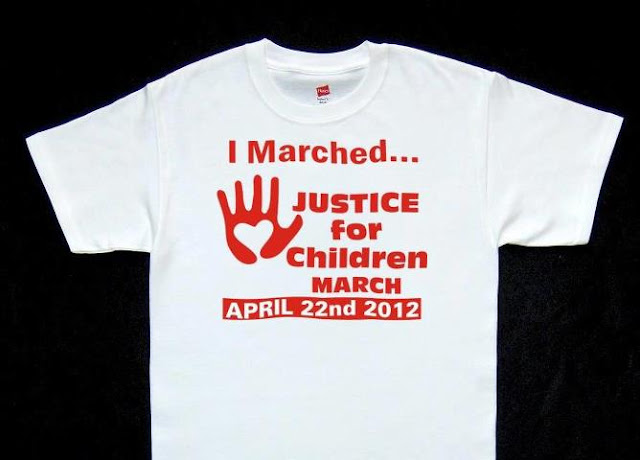