Our House - Our 27th Wedding Anniverary

Today is our 27th Wwedding Anniversary.  We made it!  So today I'm going down Memory Lane and sharing a blog I wrote on my 23rd Wedding Anniversary when Yahoo!360 was still the favourite site!

All emoticons have been removed!

You will have noticed I put in my blast that I have been married to the same man for 23 years. I have sometimes wondered how and after this morning, I'm not sure that we're going to make it to 24!!!!
6.00am: Receive text from son as he flies out of Las Vegas. Been attending the Trade Show
(or whatever - what happens in Las Vegas, stays in Las Vegas!)
No mention of Wedding Anniversary
6.02am: Husband: "Would like some tea?"
Me: "That would be nice. Thank you". (Oh, I'm so polite).
He leaves bedroom.
No mention of Wedding Anniversary
6.10am: "Here you are". Arrival of tea.
Me: "Thank you".
He leaves bedroom AGAIN
No mention of Wedding Anniversary
Me: thinks: 'not saying anything, not saying anything, not saying..............'
A lapse
6.50am: Me: "What's you plan for today?".
Husband: "Me?"
Me: "Yes you". (I don't see anyone else in the room)
Husband: "Not sure. Will call so and so, blah blah blah........ "etc........
Me: 'not going to say anything, not going to say anything................'
Through clenched teeth: "What day is it?"
Husband: "Friday."
Me: "Uh huh?"
Husband: "Was I supposed to do something?"
Me: "No".
Husband: "Oh! Good".
Me: " WHAT date is it?" I am not known for my patience.
Husband: "It's the................oh my God! Darling, happy anniversary". Starts gushing.
Me: "UGH"
Husband: "I did NOT forget".
This conversation reminds me of my parents!!!
7.15am: Daughter: "Morning Mummy." Sighs loudly. " Okay, what's wrong?"
No mention of Wedding Anniversary
Me: "Nothing".
Daughter: "Oh okay - you just look, er.... just look......"
Me: "Look what?"
Daughter: "Tense".
Tense? Who me? Nah........
Me: "I'm not tense. I'm just great!".
Daughter: "Okay".
No mention of Wedding Anniversary
Later in the car:
Daughter: "Just going to check to see if my salary cheque is in".
Me: 'control yourself, control yourself' but I can't because I am bursting:
"Do not spend your money on an anniversary present".
There - it's out! Silence all round.
Me: "Did you hear what I said?"
Daughter: "Yes. Do not spend your money on an anniversary present".
Me: (emoticon)
Daughter: "I was going to but now that you told me not to, I won't!!!"
Husband: chokes
Me: "That's it! That's it! My son texts and doesn't mention it. My husband brings me
tea and doesn't mention it and my daughter forgets as well. How different things
were 23 years ago with all that chasing and then you practically had to drag me
kicking and screaming to the altar...."
Why is my husband choking?????
Daughter: "For real??"
Me: "You better believe it, for real. Had I had my way, there wouldn't have been a
wedding but he said 'marriage or nothing' when I suggested we just might er.....
live together?"
Daughter in total disbelief: "YOU? You of all people suggested that? But you don't
believe in that - in living together? I can't believe I'm hearing this".
Husband: "Believe it!".
Me: "Well I didn't did I? I got married. And now look - everyone forgot, except me".
Daughter: "So why didn't you just wish him a happy anniversary?".

She has a point. Why is it that we women 'lie in wait' to see if 'they' remember the birthday, the anniversary. It becomes almost like a challenge. In one corner you have the female waiting and in the other corner you have the male either deliberately keeping you waiting or having a momentary lapse of memory for some unknown reason.

This morning's episode, except for the humour of it, is long forgotten.

Lunchtime my colleague from heaven takes delivery of a lunch for me, prepared by my husband. I was on an overseas conference call. Colleague enters office giggling and blushing and says:
"Your husband told me to relay this message word for word. ' This lunch was carefully
prepared and cooked with love. Tell her to eat every bit of it and then her bottom will
spread even more ' " .

There will be no dessert this evening and I am looking for a lawyer!!!!!!!

Have a fabulous weekend everyone and I'll see you Monday. 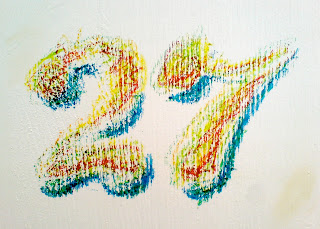