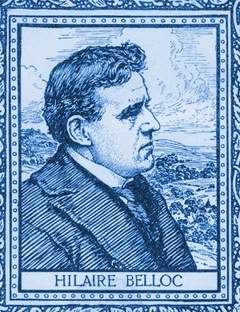 Joseph Hilaire Pierre René Belloc (27 July 1870 – 16 July 1953) was an Anglo-French write and historian who became a naturalized subject in 1902. He was one of the most prolific writers in England during the early twentieth century.
Belloc was born in La-Calle-Saint-Cloud, France to a French father and English mother and grew up in England. His paternal grandfather was the painter Jean-Hilaire Belloc and his mother Elizabeth Rayner-Parkes was also a writer, and a great-granddaughter of the English chemist Joseph Priestley.
Tarantella is another of my favourites. I did not have to learn this by heart for exams but rather for recital on Parents Days! A group of us, with coaching from a professional, would stand on the stage and lift the roof of the assembly hall as we recited this. I don’t think I ever understood it at that time. The Tarantella is a southern Italian couple folk dance in 6/8 time accompanied by tambourines. Although the school I went to had two orchestras we were not accompanied by tambourines but we recited it in 6/8 time. And, I can still do it!!!