A Birthday in Heaven and All Souls 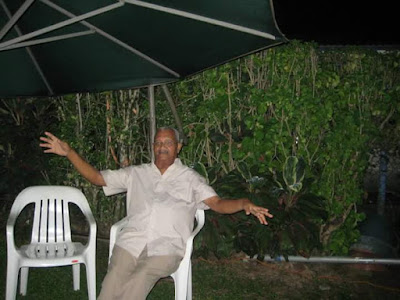 This time last year,  my husband was very ill, lying in a hospital bed in Port of Spain General Hospital where he was being taken care of by the most amazing team of doctors and nurses. Even though so ill, he insisted that the family take cake and ice cream for the medical staff so they could celebrate his day even though he could not.  It seems like yesterday that hardly able to speak, he called me at 6am that morning to ensure I had everything set up including plates, spoons, forks and napkins.  He called our daughter too just to double check.  By 9.00am my daughter and I were at his bedside having handed over the goodies to the nursing staff. Visiting hours were strict but we were allowed to stay on the ward with him from the time we arrived until whenever we chose to leave.  I have always made an occasion of special days in the lives of each family member but I did not for one moment think that on that day I would have been at my husband's bedside in a hospital.  I wrote at the time that he was in good hands and we were staying positive, strong, united, had faith and a determination that he would survive the terrible ordeal and heal. It was not to be.  He left us twelve days later.  The build-up to today has been fraught and as anticipated, now it's here, is turning out to be difficult.  The next twelve days are going to be hard.  Not that the last twelve months haven't been but I do know enough to know that the first birthday, the first anniversary are hard. Even in my deep sadness, I know that I will get through this and I am blessed to have had such a man in my life.

I cannot let this day go with mentioning that All Souls' is a Catholic Day of Remembrance for friends and loved ones who have passed away.  On this day, during Requiem Masses,  the Office of the Dead is recited.

The theological basis for the Feast is the belief that those souls which have left the body not perfectly cleansed or have not fully atoned for past sins, cannot yet see God.  According to some tradition, those left on earth can apparently help these souls on their journey from Purgatory by praying for them, offering Masses and giving alms.

Today and this evening many families will go to their family plots and graves, gather around and even bring picnic baskets to celebrate those who have gone before them.  Tonight every forgotten grave will be lit up by candles so that the cemetery/ graveyard will just for one night of the year, be bathed in candlelight.    I would like to think that visitors would also light a candle on graves of the forgotten ones.  In many instances, those graves are not forgotten. It's just that for various reasons not everyone can visit.  My father lies over 4,000 miles away and there's no way I could fly to be at his side tonight. But I can and will light a candle for both he and Mummy, and now Richard at home this evening. This morning I lit a candle for my husband.  It was only when I arrived at work that it occurred to me that I may not have blown it out! Panic stations as I called someone to pop in and check. Turns out I had extinguished it but probably for obvious reasons, my brain is not working well today!

I like  the customs and traditions of some European countries where candles are burning continuously  (24/7)  as one did  on my Austrian grandmother's grave.  Sadly there is no one left there to look after it but I do know that the graveyard keepers when they know there is no family left, do keep the candles lit.  In some of those countries, there is a photograph of the deceased together with an eternal flame.

The origins of this day have been attributed to various religious orders.  Some say the Cluny Order (the nuns still teach here in Trinidad), others the Benedictine monks who are also very much here, living in the monastery on Mount St Benedict, a major landmark in this country. 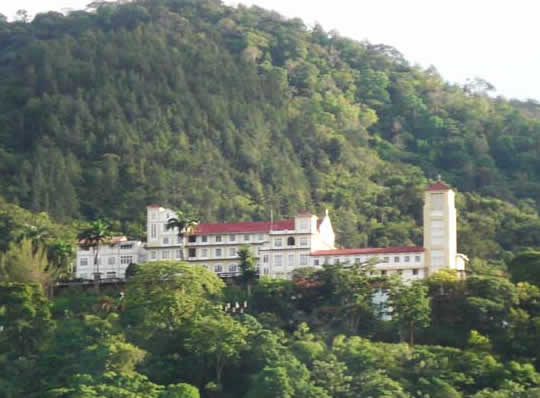 Whoever it was, it is a wonderful custom which to this day, is celebrated, not only here but in many Catholic countries.

May God bless all those souls that have gone before us and as I hold my husband in my heart, this evening, even in my grief, I will lift a glass to him and give thanks for the wonderful years he gave me and the many memories that I treasure.  Happy Birthday my darling as you watch over me and the family from your place in heaven. x 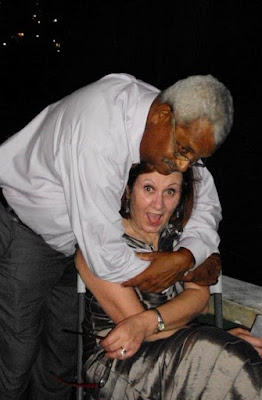