letter to the Editor 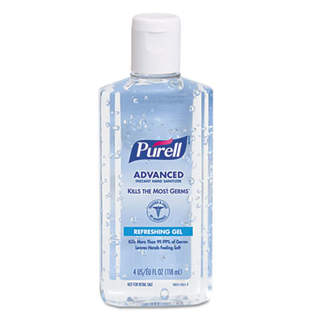 I have a grouse! In fact I have many grouses. Last Monday I eventually wrote a letter stating a couple of them and e mailed it to our weekly Catholic newspaper, the Catholic News.

As I was entering the Conference Hall for the third day of the Archdiocese of Port of Spain's Synod, I was met by an usher - a woman I'd never seen in my life. She looked at my name tag and said: "I read your article in the Catholic News."

"Wow" thought I - "I read the letters and never take much notice of the writer unless I know them".

Then: "Article? What article? It was a Letter to the Editor".

A few minutes later the editor walked past me.

After the day's proceedings, I stopped off at a local pharmacy, bought the paper and there it was. The letter I had been meaning to write since before Christmas. But nothing happens without reason and the topic of my letter fell in quite nicely with one of the discussions that came up at Synod.

I share this with you because a) I feel strongly about what happened and b) because I do not feel that this incident(s) is peculiar to we Catholics.


I did not caption my letter which read:

Letters to the Editor - Catholic News
Dear Editor,
Sometimes I really have to wonder what message we so called Catholics are sending out to our own and by extension, the world.
During Advent, I was at a 7pm Saturday Mass in Chaguanas. On that particular evening there weren’t many people at Mass and I was sitting in an aisle seat. The row was empty apart from the other end seat which was occupied by a man who attends Mass every weekend. He is well known in the parish and whilst I wouldn’t say he is a vagrant, I do know that parishioners ‘look after him’ in various ways.
His appearance in some peoples’ eyes probably leaves a great deal to be desired but he is inoffensive, polite, does not smell and appears to be a genuine fellow who obviously has to rely on the generosity of others. Don’t most of us at some point in our lives?
A young, well turned out couple was sitting in the row in front of me slightly to my right and a lady, also well turned out, with several young children was sitting behind me, also to my right.
After the sign of peace, I was ‘disturbed’ by some movement to my right. I opened my eyes and was somewhat taken aback to see an outstretched arm moving past me and the hand at the end of the arm vigourously digging into the back of the young man in front of me.

This movement was accompanied by a hissing sound which was obviously meant to attract his attention. Both he and the young lady turned around and to my horror and by the look on his face, also the young man’s, the outstretched hand belonging to the lady behind me was waving a bottle of hand sanitizer at him.
The waving was accompanied by instructions to take it and use it. The young lady shook her head and turned back to the front whilst the young man, by this time highly embarrassed, took the bottle, turned out some of the contents onto his hand, returned the bottle, shook his head and promptly put the sanitized hand into his pocket in an effort to wipe off the liquid.

Whilst I felt for the couple I was in total shock by what I had witnessed after which I had great difficulty in concentrating on the remainder of the Celebration. The incident disturbed me deeply – I had shaken hands with all of the people concerned as had the gentleman at the end of the row and I wondered how he felt when he too saw the scene being played out. He could not have seen the embarrassed reaction of the couple as they had turned in my direction. Could you imagine where we would be today had Peter and the disciples followed Jesus round handing Him the equivalent of hand sanitizer, baby wipes etc??!!!
Relating this episode brings to mind something else I have a major problem with. There is a church in the west where the ladies who are preparing parents and godparents for infant Baptism ask that if any baby has a rash, to ‘please make sure your baby goes last. We know the water is blessed but………….” I can’t even write the rest because I am so incensed.
Now you tell me – will they really know we’re Christians when we walk hand in hand? If bottles of hand sanitizer are being bandied about and babies with rashes are sent to the back of the line at the Baptismal font, I very much doubt it!

I put my name to the above because I firmly believe that people who hide behind names such as 'concerned parishioner', 'an unhappy believer' etc.. need to put their money where their mouths are and some people of this Archdiocese need a wake up call..
A friend called me having left a message on my voice mail saying that he was 'doing a line in hand sanitizers and could let me have a good price' saying that it was about time that someone spoke out. Well Bee spoke out - she has a few other issues to address but is waiting for the 'fall out' from this one!! Her boss has not called her yet!!!

PS: OMG! I've just been on the website and there it is - in black and white!!!